Due to the COVID-19 Outbreak we are now offering Virtual Services! Learn More

Included below are homes for sale in Woodbridge. If you would like more information on any of these Woodbridge real estate listings, just click the "Request More Information" button when viewing the details of that property. We can provide you with disclosures, past sales history, dates and prices of homes recently sold nearby, and more.

And, if you haven't already, be sure to register for a free account so that you can receive email alerts whenever new Woodbridge listings come on the market.

Ironically Woodbridge was named after the Wooden Toll Bridge that was built in 1795 by Thomas Mason, George Mason’s son.  Woodbridge was a plantation owned by the Mason family.  Today, Woodbridge is a large suburban city with many large subdivisions.  I-95 and Route 1 are the major North and South Routes through Woodbridge.  Woodbridge is roughly 20 miles south of Washington DC and offers many commuter options for folks making the daily commute to DC.  The VRE has stations in Woodbridge, and there are numerous bus and park and ride options.  Woodbridge is chock full of affordable housing options including single family homes, townhouses, and condominiums.  There is also several new communities developing in Woodbridge.

Carolyn's team is made up of experts and specialists in each phase of getting your home sold. From photography, to online marketing, to transaction management and closing... she has built a team of the best professionals in Loudoun County, Prince William County, and the surrounding Northern Virginia real estate market.

"I was very satisfied with Team Capalbo's services. They sold our rental property in VA while I'm in Europe, without having to fly back. Carolyn's knowldge of the area helped price the house well (more than I expected) and was sold in less than a week. She provided very useful advises from start to finish. Her team had contractors ready to bid for some repairs and I was provided with a couple of bids for my approval. The electronic signing of the documents was easy and efficient. Her team was very responsive, knowledgeable, and professional. I highly recommend this team to anyone" 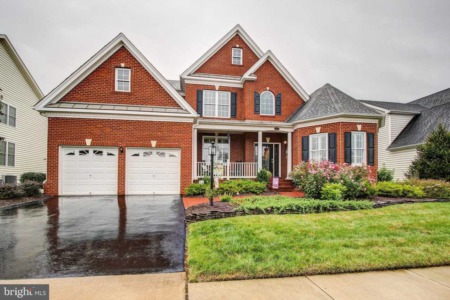 Real Estate For Sale
New Listing for Sale in Amenity Rich Dominion Valley: 15454 Admiral Baker Circle
BY Carolyn Capalbo
View All Blog Posts
The information being provided by Bright MLS is for the consumer's personal, non-commercial use and may not be used for any purpose other than to identify prospective properties consumer may be interested in purchasing. Any information relating to real estate for sale referenced on this web site comes from the Internet Data Exchange (IDX) program of the Bright MLS. Long & Foster Real Estate is not a Multiple Listing Service (MLS), nor does it offer MLS access. This website is a service of Long & Foster Real Estate, a broker participant of Bright MLS. This web site may reference real estate listing(s) held by a brokerage firm other than the broker and/or agent who owns this web site.

The accuracy of all information, regardless of source, including but not limited to open house information, square footages and lot sizes, is deemed reliable but not guaranteed and should be personally verified through personal inspection by and/or with the appropriate professionals. The data contained herein is copyrighted by Bright MLS and is protected by all applicable copyright laws. Any unauthorized dissemination of this information is in violation of copyright laws and is strictly prohibited.